Ash Wednesday. According to Cologne songs, everything is over from today: the carnival, the gluttony, the kissing … So I agree with the renunciation of carnival and gluttony, we will think about kissing again.

Lent also begins today. Since the 11th century it has been the custom in Christianity to repent and renounce until Holy Saturday. In the Middle Ages, the rules of fasting were very strict. Meat, milk and eggs were forbidden. The harbingers of veganism, if you will. During Lent, people mainly ate fish, fruits and vegetables. Adults ate one meal a day, children were allowed two meals.

Even if fasting is no longer Christianly motivated most of the time, many people use this time to fast in different ways according to their own personal standards. This is what my waiver plans look like:

The Cookie Monster muffins in the photo above will not be on our table during Lent. Likewise my beloved chips (insert a quiet wine noise here). One exception: The little one’s birthday is in March, when there is a big short break with coffee and cake for small and large guests.

Otherwise I packed all the candy in a box and deposited it on the kitchen cupboard. There they are out of sight and not easily accessible. Alternatively, there are more fruit, smoothies and yoghurt with fresh fruit during this time as soon as the sweet cravings arise. 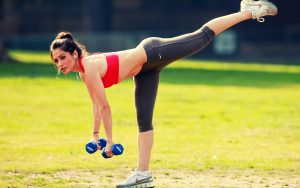 We drink very little alcohol anyway, but Lent is a great time to cut out those empty calories altogether. I still remember well that I really didn’t drink a drop of alcohol during pregnancy and that for a long time afterwards there was no need for it. Fitness galore!

Do you still remember? In the past, when there was only a landline telephone with a dial, it was an unwritten law that you did not call others between 7:00 p.m. and 7:30 p.m., because that was when the Today program ran. The time between 8:00 p.m. and 8:15 p.m. when the news was on was also taboo. After that you didn’t call anyone any more, except your own family, and only for urgent matters.

Nowadays we can be reached around the clock via the internet and smartphones. It is not uncommon for the phone to ring after 10 p.m. and why some people have to send WhatsApp messages at 3:30 a.m. remains a mystery to me forever. THAT’S STOPPING NOW! Anyone who calls after 8 p.m. should speak on the answering machine, unless the phone call was arranged. The same applies to messages on other communication channels. Anything that comes in after 8 p.m. will be processed the next day. Exception: your own family, who can report (for urgent matters) at any time of the day or night.

Extended waiver rule: no smartphone at the dining table. Anyone who picks up their smartphone at mealtimes pays EUR 5 in the penalty box. A nice rule with which you can quickly collect the money for a cleaning fairy.

The little one thinks he can do without tidying up his room during Lent. We are still negotiating … There are more good suggestions for Lent at Cla from Glam up your Lifestyle. Have a look!